Success & Failure as an Artist

Success & Failure as an Artist

Success & Failure as an artist is up to the artist. There’s no hard definition for what it means to be a successful artist. 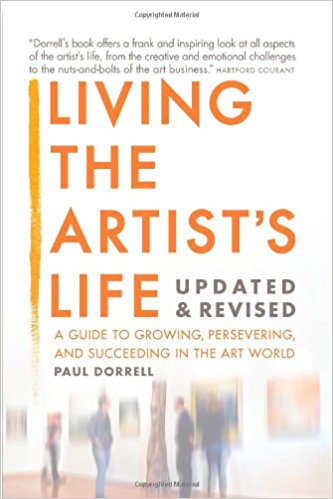 Success, as I’m sure you know, can only be defined by the person achieving it. By my experience it has less to do with monetary achievement than personal accomplishment, inner growth, and artistic mastery.

I’ve known artists whose work was spectacular, who were financially set, and had earned critical acclaim, yet whose inner life, family life and emotional life were unspeakable wrecks.  This to me was hardly a measure of success.

I’ve known others whose work was equally spectacular, who had achieved only moderate prosperity, with little acclaim, and yet were fulfilled in all areas of their lives.  These people too considered themselves successful.  So did their collectors.  So did I.

As for you, you’ll obviously know your own measure of success when you achieve it, depending on how you define same.  Over the years that definition may change, depending on the nature of your experiences, disasters, and victories.

What happens if you “fail” and have to join the business world, or some world similar to it?  You haven’t failed.  All those years of struggle, adversity and wrestling with the muse have brought, in return, these years of growth and a hopefully mature outlook.  Without the struggle you wouldn’t have the growth.

If you’re compelled to join the working world, just pick an employer who is sane.  You’ll still have your work.  You may have to burn more midnight oil, you may lose sleep, lose weight, or a bit of your sanity, but the struggle may bring out more insight and even better work.  Follow your inner voice.  It will likely take you where you need to go.  That may not be where you want to go, but usually where we need to go is the more important of the two destinations—though it’s often the more difficult of the two as well.

Joining the world of the full-time employed is not necessarily a surrender; it is taking time out to face what you need to—in your work, yourself, and your life.  If you have it in you, you’ll bring out your best work no matter what.